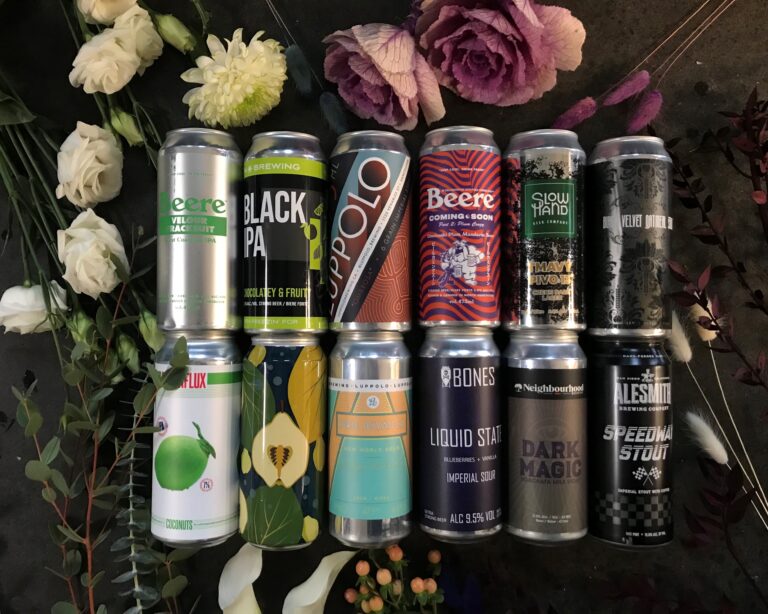 Welcome to Beer Mail 103:  As a bit of an antithesis to the last Beer Mail we put together, this one focuses on some beers that aren’t afraid to give in to the dark side.

The first of these is a returning classic from south of the border, Alesmith Speedway Stout.  Coming in at a whopping 12% abv, this stout perfectly blends dark beer and coffee in a delicious package that isn’t for the feint of heart.

Next up we have a trio of beers from just across the strait in Vancouver.  Luppolo 6 Grain Imperial Stout and Powell Black Velvet Oatmeal Stout are both mid weight stouts with a m=smoother texture, while Slow Hand Tmavy Pivo is a Dark Lager that sits at the intersection of dark and light.

Neighbourhood also gets in on the action with their Dark Magic Milk Stout, a bewitching take on Horchata.  Not to be left out, our northern neighbours Yukon Brewing have released a brand new Black IPA, which brings a more roasty, smoky profile to a classic hoppy canvas.

The rest of the box offers a myriad of lighter things.  Bones Brewing contributes a new version of their Liquid State Imperial Sour, this time with Blueberries and Vanilla!

Rounding out the sour contingent we have a fresh batch of Luppolo’s New World Sour, and the second version of Beere’s collab with Pizza Coming Soon, a plum mandarin sour!

We’ve also just received another new brew from Beere, this time in a style that’s truly become their bread and butter.  Their latest “West Coast-ish” IPA, Velour Tracksuit is sure to please.

The last two beers in the box are returning favourites.  Four Winds Forbidden Fruit is a refreshing farmhouse ale with quince, and Superflux Coconuts is a tropical hazy treat!