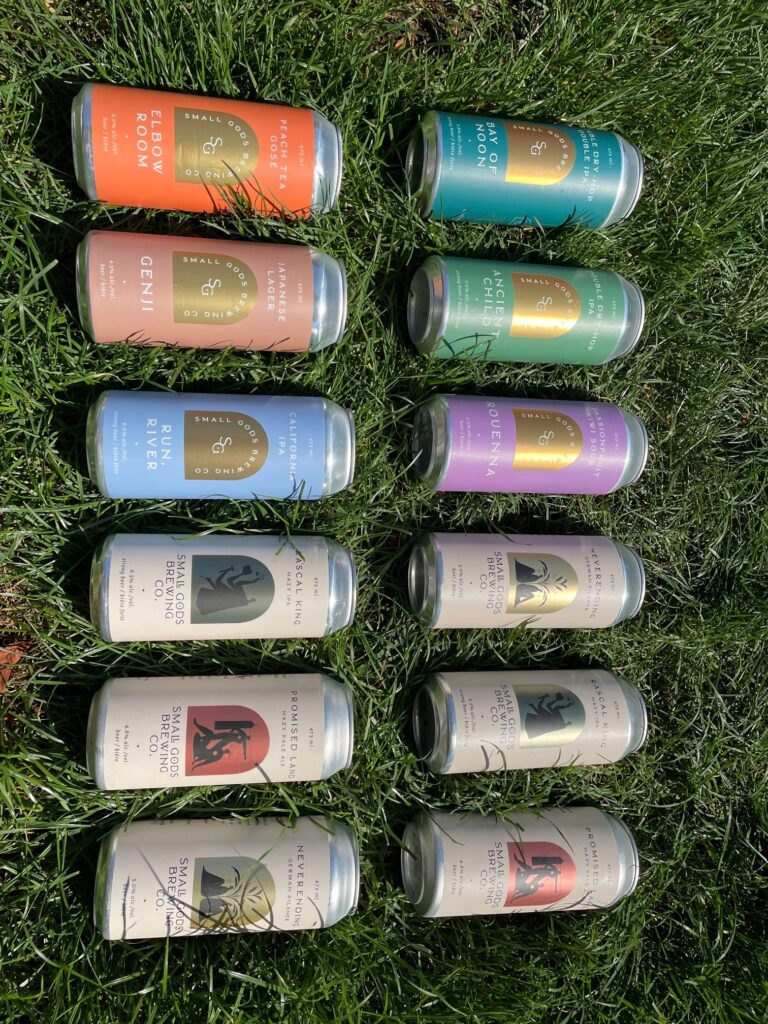 Small Gods are the new kids on the block in our neck of the woods, hailing from scenic Sidney, BC!  While they have only been open for a month or so, to say they hit the ground running would be the understatement of the century.  This is more akin to being fired out of a cannon.  Their introductory offerings span a slew of styles and are all incredibly well executed, and utterly delicious.  This package contains 2 of each of their core offerings (A German pils, Hazy Pale, and Hazy IPA) and 6 of their current limited release offerings.  These guys have been an instant hit with our staff, and we are excited to be able to share them with you.  If you find yourself in Sidney (or perhaps your BC Ferries sailing is delayed?) they are a must visit!

Shipping and deliveries for this package will commence the week of Monday August 29th, 2022.