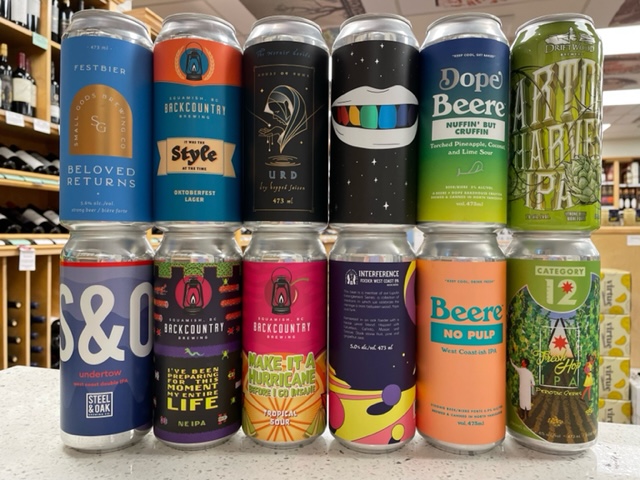 Introducing Beer Mail #117: Falling for Fresh Hops.  After a brief hiatus beer mail is back with a bang!

This package is focused on fresh releases from a handful of our favourite BC breweries.  It includes a variety of styles but highlights some festbiers and fresh hop IPAs, two fall seasonal styles to mark the changing of the seasons.

We have a trio of collab releases from Backcountry that were released for their 5th anniversary.  These showcase Backcountry’s proficiency in a variety of styles, and why they’ve achieved such fame in such a short time!  Happy 5 years Backcountry!

The package also contains a trio of new releases from wild yeast aficionados House of Funk.  Not to be outdone, their North Van neighbours Beere also sent us a pair of excellent releases last week which we’ve thrown in the box.

The package is rounded out by a West Coast Double IPA from Steel & Oak, a German-style Festbier from Small Gods, and the seasons first fresh hop beer from Category 12.

The return of one of Victoria’s most beloved seasonal beers, Driftwood Sartori Harvest Fresh Hop IPA.