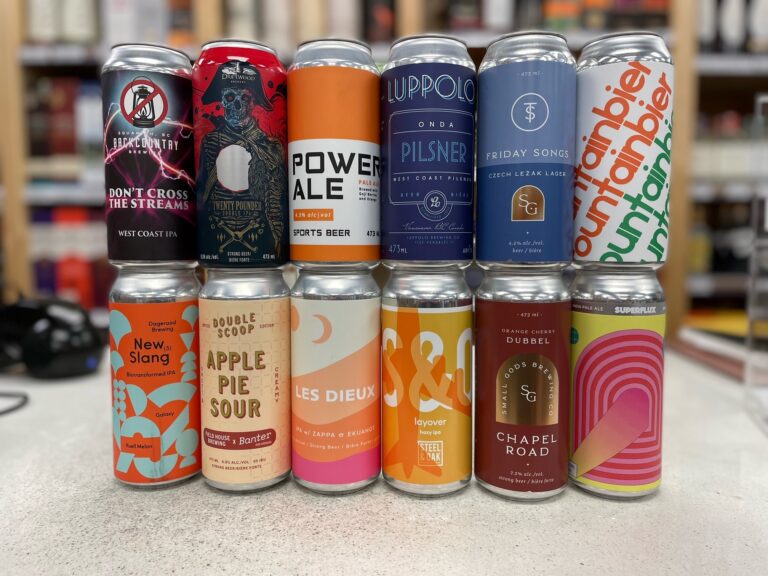 This one puts an emphasis on the hops!  We have 6 fresh IPAs  from around the province to share with you, from breweries such as Backcountry, Dageraad, Driftwood, Ile Sauvage, Steel & Oak and Superflux.

We’ve also got a pair of new hoppy pilsners, from some of the premier producers of the style, Luppolo and Small Gods.

For the sake of variety there are also a trio of beers that defy definition.  Ile Sauvage and Whistle Buoy collaborated to produce POWER ALE, a sports beer in conjunction with Ile Sauvage’s 4th anniversary.  Happy Birthday to them!  The package also contains Superflux’s latest addition to their Fountainbier series, which tries to emanate soft drinks in beer form.  Last, but certainly not least, we have a collaboration pastry sour from Field House and Banter ice cream!  This one is designed to taste like apple pie!