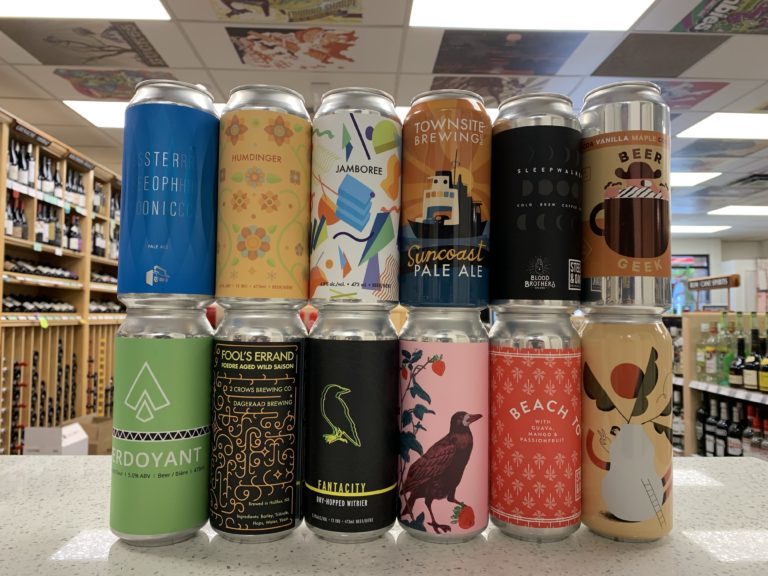 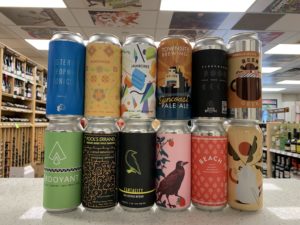 We’re pulling NO punches with this fresh new BEER MAIL!

By that, we mean this package is loaded with Rare and Limited Releases.

In this box, is a record breaker. most expensive can we’ve ever carried in our store’s craft beer carrying, 10+ year history. It’s the Return of Mikkeller. The Denmark staple, now with brewing locations in San Diego and bars throughout the United States, Europe & Asia – this beer was brewed out of Lervig Aktiebryggeri in Norway.

*reminder* this package is actually discounted, because of our Mix & Match offer, where every multiple of 4 tall cans of beer is automatically 5% off!

Beer Geek, is one of the most sought-after European craft beers. It’s ingredients change from time to time, and The Cocoa Vanilla Maple Shake is 13% ABV and packaged in a 500ML can, loaded with sweet, toasty, boozy goodness. A treat that not even the most frugal could avoid.

A couple new releases from New Westminster, BC’s Steel & Oak. Standing as one of the most consistently great breweries in all of BC, they’ve yet to disappoint. The Sleepwalker Cold Brew Coffee Stout is a collaboration with Toronto’s Blood Brothers – coffee culture and beer culture, ACTIVATE!

The freshly-canned Verdoyant Dry-Hopped Sour by île Sauvage, from right in the heart of Victoria.

Friends-of-the-store Townsite Brewing in Powell River FINALLY got into the 473ml tall can business. It’s understandable, the road to get up there is long for a portable canning company, and canning lines are expensive (almost as expensive as Mikkeller Beer Geek).

Collective Arts, out of Hamilton, Ontario, rotates their labels from varying artists and graphic designers from around the World. The selected beer, the tropical Piña Colada Sour (who wouldn’t want that?) is sporting a lovely label from artist Emilie Muszczak.