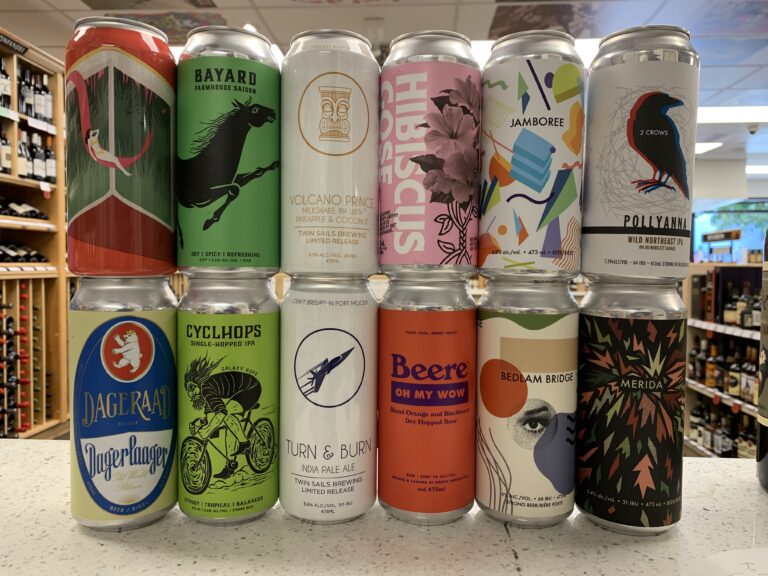 Canada is producing some fantastic beers. This package is a great example of that.

Form Halifax, to Hamilton, through the Sunshine Coast & Mainland BC we’ve gathered a selection of some of the best & freshest available!

Hibiscus is in right now. So hot. If you’ve ever had Jamaica (pronounced with an H in the Americas), an often honeyed, steeped hibiscus tea served refreshingly cold, you’ll recognize this flavour profile, with a more earthy and lightly tannic than you’d expect.. The 2 beers using Hibiscus in this pack are Hamilton, Ontario’s Collective Arts Blood Orange & Hibiscus Sour, as well as Persephone Hibiscus Gose from Gibsons, BC. A more earthy flavour than you’d expect.

2 Crows are fully featured with 3 brand new beers to us, plus the returning Pollyanna Wild Northeast IPA. The other 3 are a Double IPA, an IPA, and a Strawberry Guava Sour.

From Twin Sails in Port Moody, the mega-tropical Volcano Prince Milkshake IPA w Pineapple & Coconut is sure to be a hit, alongside Turn & Burn IPA for you hazy heads.

This pack will be packed & available for delivery/shipping as of Monday, July 27th.