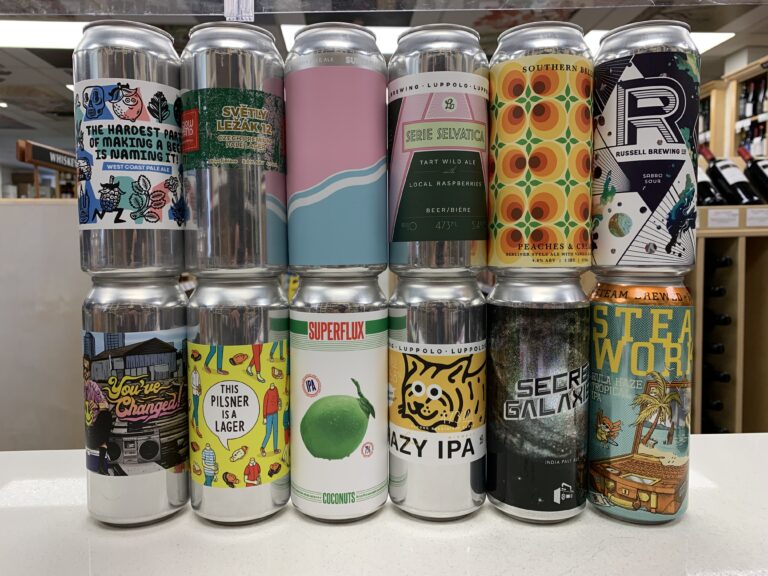 They’re all about the rad, and they’re new to us!

In case you hadn’t noticed, there was a tiny Superflux hiatus in-store while they switched over to their new brewery location on Clark Drive! But we’ve since loaded up on fresh cans! In this pack are their limited Coconuts IPA, which is fully loaded with creamy coconut flavour and a bitter finish.

Slow Hand seems to be our resident crispy lager company. Ideally always in stock with a rotating variety of international Lager beer styles. Svetly Lezak 12 is their Czech-style Pale Lager.