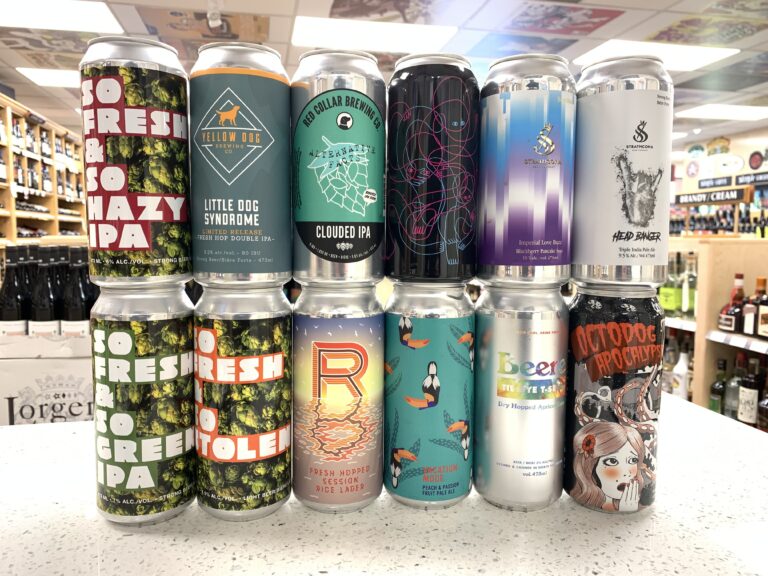 Fresh Hop season continues, and is nearing an end! Yellow Dog released 3 different Fresh Hop beers this year, this being the 3rd and final. Little Dog Syndrome is a massive, boozy Double IPA with a big fresh hop bite!

R&B went all out with 3 Fresh Hop beers released at once! The So Fresh So Green in years previous is one of our favourites, this year they did a Hazy, and tossed some into their Stolen Lager.

Twin Sails Vacation Mode is a mega-fruity Pale Ale with pronounced tropical flavour. An odd time of year to release a fruit-forward beer but it will take you back to mid-Summer, as will Beere’s Apricot Sour.

Our friends out at Bad Dog Brewing in Sooke have released their Squid Ink Stout once again! A savoury, lighter bodied stout with notes of salted, dark rye bread. The Octodog Apocalypse pours black as night, due to it *containing Cuttlefish Ink – so be warned for those with seafood allergies*