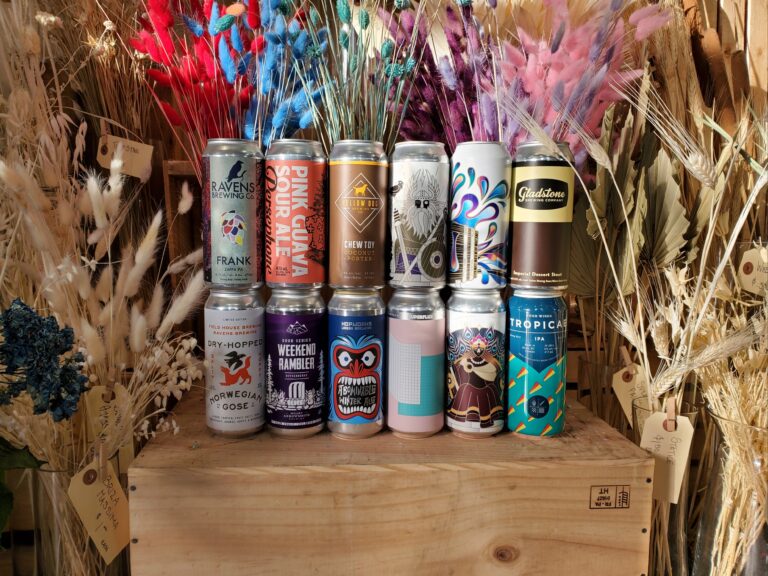 For the second successive Beermail, we have the pleasure of welcoming an new and exciting brewery into the fold here at Cook St. Liquor.  It is with great pleasure that I introduce to you, House of Funk Brewing out of North Vancouver.  These maestros of wild and funky fermentation are relatively new on the scene, but in their short lifespan have already established themselves as one of the more cutting edge breweries in the province.  Know for their trademark Wild Ales and Saisons, but no strangers to a wide variety of styles.  They have even opened an offshoot, House of Lager for all your crispy needs.  3 of their standards are on showcase here;  their dry-hopped sour Juno, sour IPA Chaka, and wild pale ale Valhalla.

We also have a few old favourites returning with brand new beers.  Superflux Ohms is another hazy treat from the stalwarts of this genre in BC, while Four Winds brings a new IPA, Tropicae, into it’s Zephyrus series.

Yellow Dog’s Chew Toy coconut porter is a returning seasonal  sure to fill your stockings with joy.

Rounding out our mainland contingent, we have two new beers from Abbotsford!  Field House and Ravens collaborated on the first entry, a dry-hopped Norwegian gose, while the second comes to us from  Ravens solely, a zappa IPA aptly named Frank.

While winter typically brings us a raft of dark beers, our sour selection has also been flush as of late.  Mount Arrowsmith Weekend Rambler with Boysenberry and Persephone’s Pink Guava Sour are two wonderful reasons to shake up your seasonal conventions.

If you’re more of a traditionalist, we’ve got you covered there as well.  Our last two beers in the package come to us from close to home, and also from our neighbours to the south.  Gladstone imperial dessert stout is sure to satisfy lovers of dark beers and coffee alike, while Hopworks Abominable winter ale from Portland that is sure to warm you up on those damp west coast winter nights.