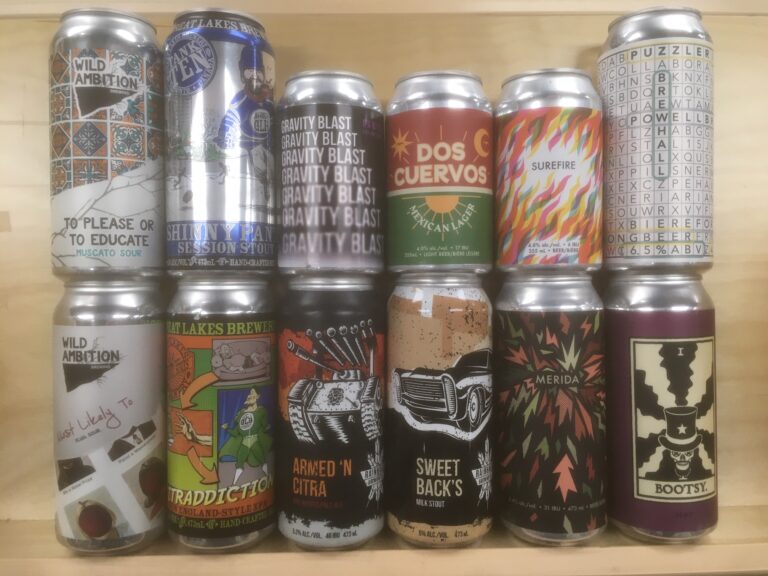 We hope this finds you excited for a new year and relaxing after a pleasant Christmas.  Here at Cook St. Liquor, we took a little break, but now we’re back at it a gain with another Beer Mail offering.

This one brings a bunch of our favourites together from across the country, but also brings you some new beer from a brewery that’s just entered this market, Rainhard Brewing Co. from Toronto!  The box has 3 new beers from them, a hazy pale, an IPA, and a milk stout, something for everyone!

Without leaving Ontario, we have a few offerings from Great Lakes Brewing.  Shinny Pants is a session stout that is light on alcohol but full in flavour, while Citraddiction is a
NEIPA for the Hazy Boi in all of us.

Travelling even further east, we have 3 offerings from store favourites 2 Crows out of Halifax;  Dos Cuervos, their interpretation on a Mexican lager, Surefire, a Foeder anged sour w/ blackberry, cherry and vanilla, and Merida, a hazy IPA.

No Beer Mail would be complete without a strong contingent from here at home, and this is no exception!  The first 2 entries in this category come to us from the Okanagan, more specifically Wild Ambition out of Kelowna.  Most Likely To is a plum sour sure to make you reminisce, while To Please or To Educate is a funky sour made with muscat pomace.

Rounding out the package we have a couple of beers in a hoppier profile from Vancouver.  House of Funk’s Bootsy is a farmhouse IPA which marries the two styles beautifully, and Powell and Brewhall come together to deliver Puzzler, a hazy with Crystal, Arianna, Comet, and Sabro.